Hyderabad, the capital city of the Indian state of Telangana was founded by Muhammad Quli Qutb Shah in the year 1591 along the banks of river Musi. It also goes by its sobriquet City of Pearls. It has an estimated metropolitan population of 7.7 million, with an area of 625 sq. kms making it an A-1 status city.

Hyderabad is considered to be the financial and economic capital of the state; it is the largest contributor to the state's GDP, Tax and Excise revenues. The service industry is the largest employer providing employment to 90% of the work force.

Symbiosis Hyderabad has a fully residential campus with state of the art facility in the academic and residential blocks. It is located at Mamidpally, Rangareddy district, Telangana near Hyderabad which is just 30 minutes away from the International airport. This campus is spread over 40 acres of land which is a part of the upcoming educational hub and is a neighbour to the Tata Institute of Social Sciences [TISS]. 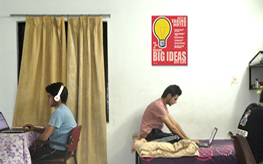 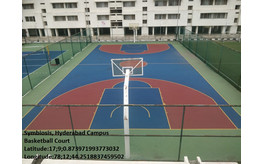