Faculty of Computer Studies at the University is committed to excel in research, teaching and consultancy.

The research activities at Faculty of Computer Studies are strongly focused in the areas of enterprise computing and IT applications.

The programmes under the Faculty of Computer Studies are teaching the fundamental principles and practical skills in IT, and establishing the foundation for an entire career of the student. 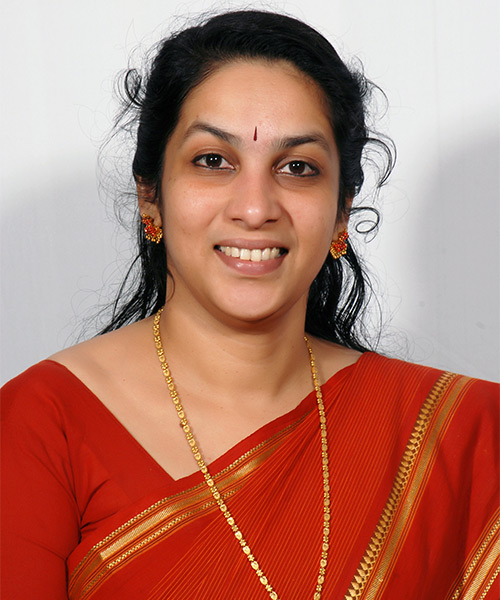 She has a strong academic foundation and was the First Rank holder of University at undergraduate level and Gold medalist at post graduate level. She pursued multiple job portfolios with blend of experience including industry, research, academics and administration. The experience with Wipro Technologies R&D division gave her good exposure to research in the areas of network protocols and security. She has published research papers in several refereed journals which are indexed in Web of Science, ABDC, SCOPUS and presented papers in conferences of international repute. She is also editorial board member and reviewer of reputed journals.

Her expertise includes Information Security Management and Data science and was instrumental in designing curriculum in such niche areas that meets global standards and is a member of Board of Studies of reputed universities. She has co-authored and published case studies in IT and Management in Case Centre (ECCH) and PMI and has several research grants to her credit. Her current professional association includes ISACA (Academic Advocate-Student chapter) and IACSIT Singapore (senior member). She is the recipient of several awards for her contribution to education.

Symbiosis Centre for Information Technology, a constituent of Symbiosis International (Deemed University) has been a pioneer and a leader in imparting education in the niche area of Information Technology Business Management in India for more than a decade. SCIT nurture genuine IT talent to become future leaders in Information Technology arena. SCIT welcomes those, who are willing to take on challenges and transform themselves into proactive professionals. The institute supports their transformation with innovative teaching-learning methodology, state-of-the-art computer labs, platform for peer learning and opportunities to learn management in real time. The success of our alumni is a proof to claim that - SCIT ensures overall professional development of students, who are transformed into industry-ready IT professionals.

SICSR, celebrating its 25th year was one of the first Institutes in Maharashtra to offer high quality computer education.

SICSR is located in the heart of Pune City. Our location, our broad portfolio of academic IT programmes, our talented and diverse student body, and our dedicated faculty members work together to create an educational experience that is relevant, enriching, and uniquely Symbiosis.

If you are considering IT education, we invite you to explore Symbiosis Institute of Computer Studies and Research (SICSR).

SICSR has outstanding IT infrastructure available to support the programmes besides its excellent book collection and reference library. 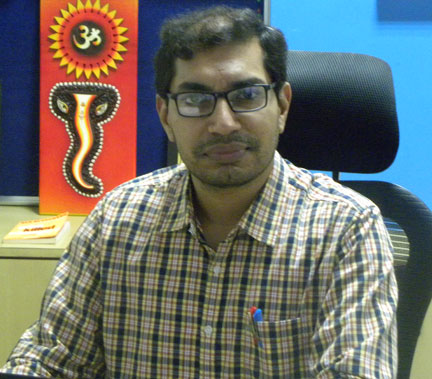 A distinguished and established academician, researcher and administrator, Prof. Dr. Jatinderkumar R. Saini was awarded PhD in Computer Science in 2009. He has more than 130 research publications including those published by Elsevier, Taylor & Francis, ACM, Springer, IEEE and InderScience. He has papers with Thomson Reuters Impact Factor journals, more than 25 Scopus indexed papers, more than 20 Web of Science indexed papers and best paper awards by AICTE, IEEE, ISTE, etc.
Read more

A distinguished and established academician, researcher and administrator, Prof. Dr. Jatinderkumar R. Saini was awarded PhD in Computer Science in 2009. He has more than 130 research publications including those published by Elsevier, Taylor & Francis, ACM, Springer, IEEE and InderScience. He has papers with Thomson Reuters Impact Factor journals, more than 25 Scopus indexed papers, more than 20 Web of Science indexed papers and best paper awards by AICTE, IEEE, ISTE, etc. With more than 350 citations, h-index of 9 and i10 index of 8, his papers have been cited in more than 40 countries by Elsevier, ACM, Springer, IEEE, Sage, Wiley, ACL, IET, IOS Press, World Scientific, Palgrave Macmillan, IOP Publications, etc. including by world’s top-notch International Journals with Thomson Reuters Impact Factors like 8.746, 7.596 and 3.928.

Dr. Saini has reviewed for esteemed and high Thomson Reuters Impact Factor journals published by Elsevier, ACM, IEEE, Springer, Emerald, World Scientific, De Gruyter, IGI, ActaPress and InderScience, to name a few. Additionally, he has also reviewed papers for various conferences, both in and outside India. He has been thrice awarded with outstanding reviewer certificate by Thomson Reuters Impact Factor bearing International Journal. Dr. Saini has been named among top 1% (and also in top 50) Computer Science reviewers in the world by Thomson Reuters. Seven candidates have been awarded PhD and four more are currently pursuing their doctoral research work under his guidance. He is working as a Co-PI in ISRO, Ahmedabad sponsored research project of Rs. 9 Lakh and 2 years.

Prior to joining SICSR, Dr. Saini was working as a State Government University endorsed Professor and Director. His vast experience comprises of working also as Head of Department, University Coordinator, Director of AB Innovation Sankul and Zonal Exam Coordinator for entire South Gujarat under the State government’s Gujarat Technological University, Ahmedabad. In the year 2005, he secured first position in the written test and later in the interview too at State level and had a distinct opportunity of working with Gujarat Secretariat, Gandhinagar for the ambitious e-governance project of Govt. of Gujarat as well as the privilege of working at one of the only four licensed certifying authorities under Ministry of Information Technology, Govt. of India.